Q.1. (i) Find the energy released in the nuclear reaction A = B + C + D the binding energies of A, B, C and EA, EB, EC and ED.
(ii) Nuceli are being added at the rate N nuceli per second in a sample. Its decay constant is λ At t = 0, the number of nuclei is N0. Determine the number at time t. 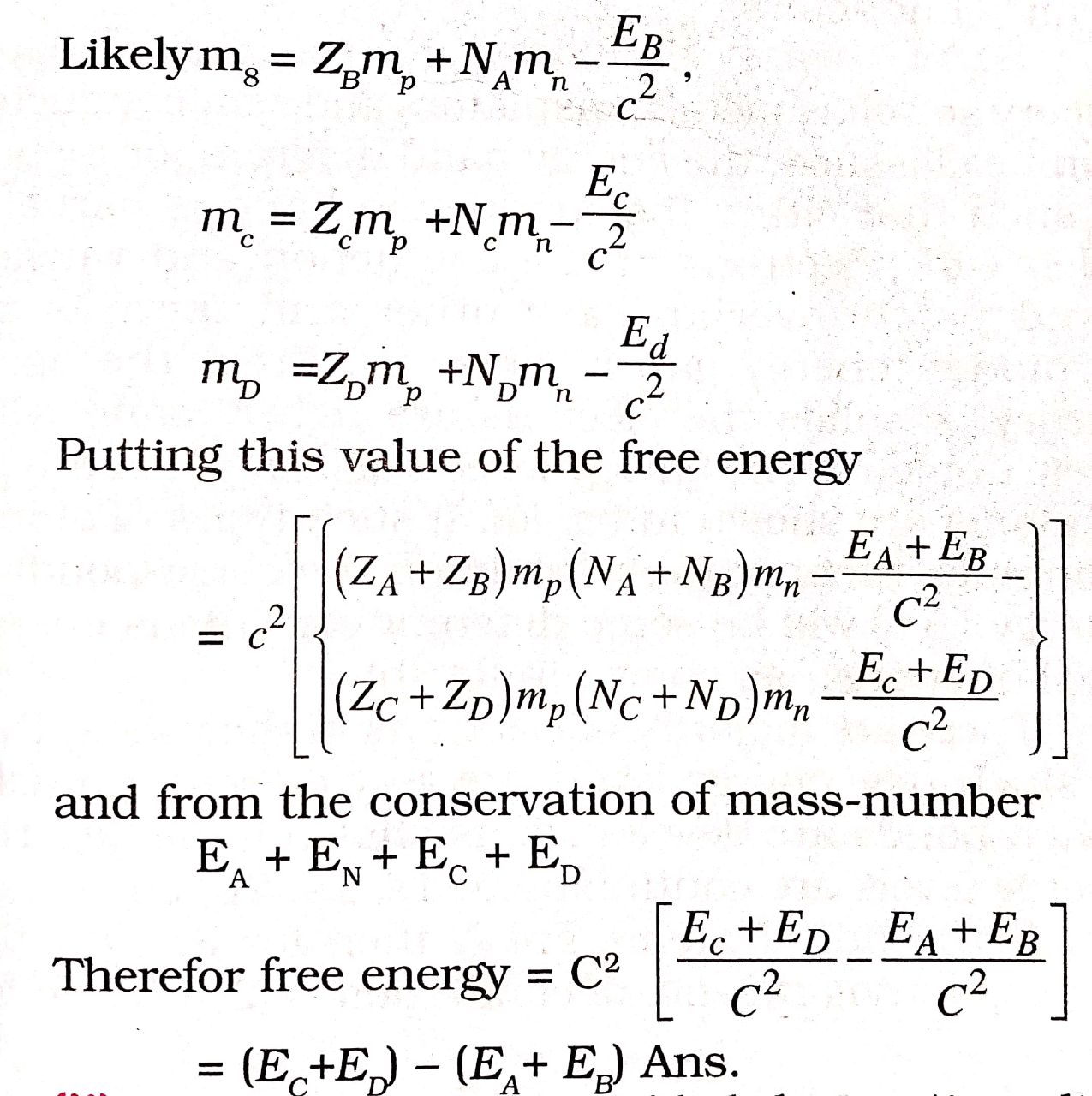 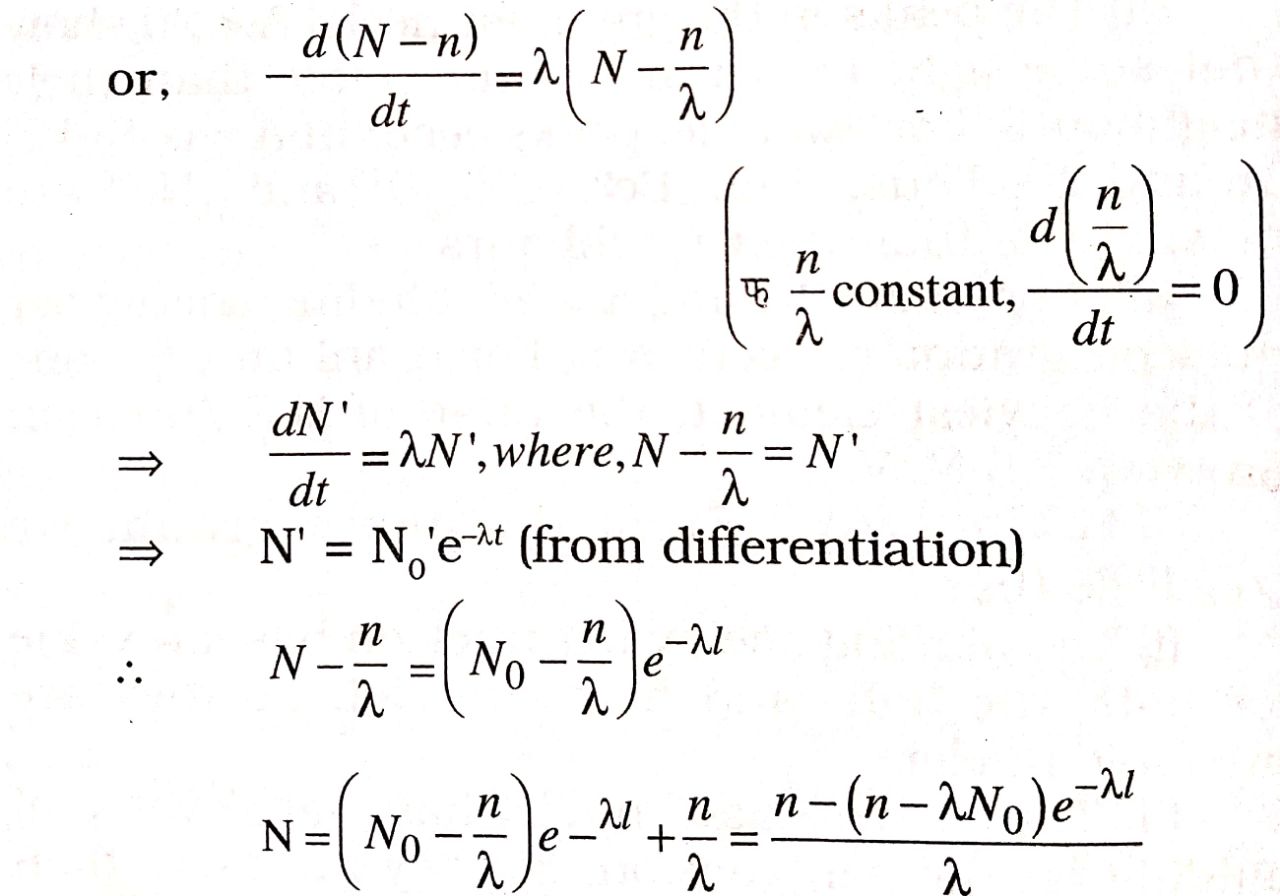 Q.2. Draw a plot showing the variation of binding energy pernuclear with mass mass number A. Write two important conclusions which you can draw this plot. Explain with the help of this plot, the release in energy in the processes of nuclear fusion and fission. 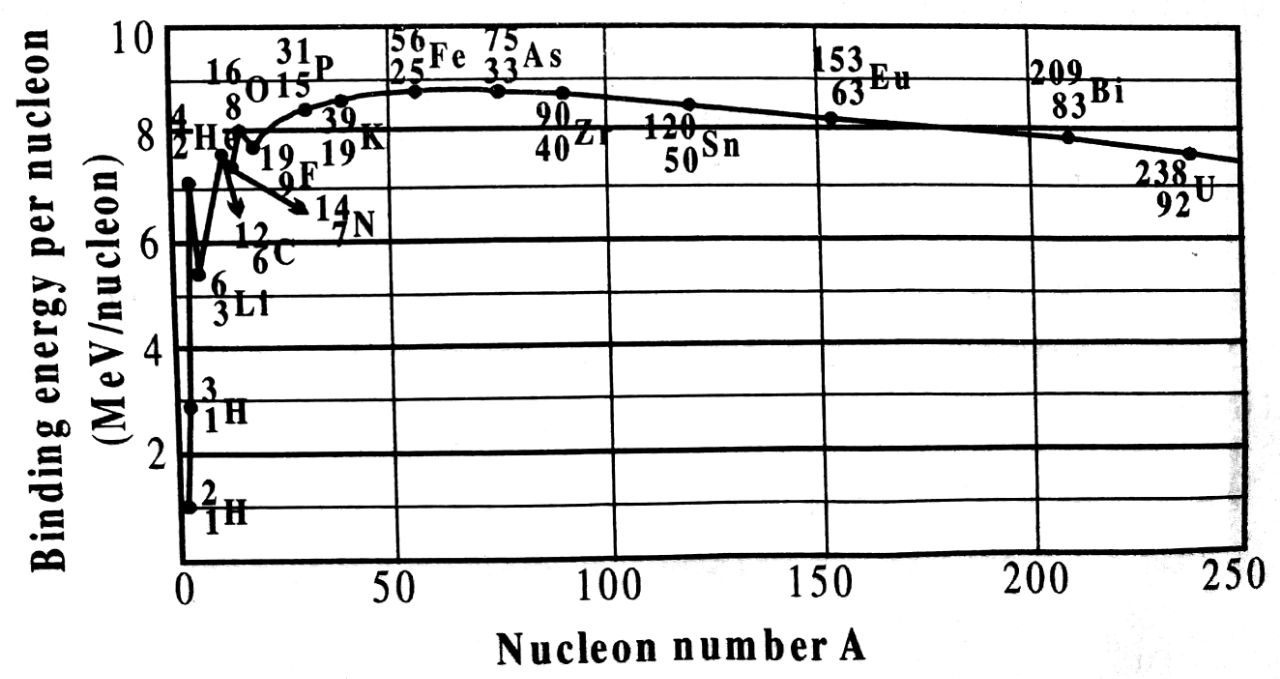 From the graph, it is clear that :

(i) For nuclei with mass number A < 20 the binding energy per nucleon increases first rapidly and then gradually till it attains a maximum value 8.8 MeV corresponding to lorn, 26Fe56 nucleus. Thus, Iron is a stable element.

(iii) For nuclei having A > 56, binding energy per nucleon gradually decreases. For uranium U238, one of the heaviest element, the value of B.E./nucleon drops to 7.5 MeV.

Conclusions : From the above graph, we conclude that.
(i) The binding energy per nucleon has low value for both the light and heavy nuclei. So they are unstable nuclei.

(ii) The intermediate nuclei have large value of binding energy per nucleon, so they are more than the neighbours. This shows that these nuclei are more stable.

(iii) Binding energy per nucleons of light nuclei having mass number A = 4, 8, 12, 16 and 20 is more than the neighbours. This shows that binding energy per nucleon is less for light atoms so energy is released if they combine i.e. when fusion occurs.
The graph also shows that heavy nuclei are unstable so they suffer fission and energy is released thereof.

If the time elapsed is not an exact multiple of half life, then we adopt the following method. Let the total number of nuclei present in an element be N. Let dN be the nuclei that will decay in time dt, then dN, is proportional to N and dT i.e.,
dN α NaT; dN = -λNdT                          …(i)
Here λ is constant, called decay constant. The -ve sign shows that N is decreasing with increase in time. This

The above relation shows that the number of remaining nuclei decreases exponentially with time. Graphi plotted between of remaining atoms and time is shown in figure.
Substituting the value of t = 1/λ in equation N = N0e-λt, we get
.