Q.1. With the help of block diagram explain the working of a fibre optic communication link.

Ans ⇒ In principal Optical libre communication is similar to microwave link. Moderní optical bre system use special equipments similar to that in use in the microwave radio system.

1. Light sources (LD or LED) : They are basically p-n junctions. Light from LED is produced by spontaneous emission whereas light from an LD is made by stimulated emission. The laser outputs coherent, strictly monochromatic and unidirectional and therefore it has a very narrow spectrum, whereas LED has an incorents output and wide spectrum. But LED has higher reliability, simpler drive circuit, lower temperature sensitivity, immunity to reflected light and low cost. LED is suitable for short to medium distance application. Injection Laser diode (ILD) has high output power, high coupling efficiency, wide bandwidth and narrow spectrum.

2. Amplifiers : Semiconductor amplifiers or doped fibre amplifiers are used to limit fibre losses and to increase repeater spacing. They are also known as repeaters because they can directly boost the signal just prior to detection.

A typical transmitter and a receiver of optic fibre system is shown in figure.

4. Filters : They are essential components to minimise the cross talk between channels.

5. Light Detectors : Light emerging from the end of an optical fibre link must be detected and converted into electronic pulses for further processing so that the transmitted information can be received. Avlanche Photodiodes are used as detector.

(i) A single relay station can cover a very large part of the earth through satellite communication. This reduces the large requirement of repeater stations, which is costlier and needs constants maintenance.

Q.3. What is meant by the term modulation ? Explain with the help of a block diagram, how the process of modulation is carried out in radio broadcasts. What are limitations of Amplitude Modulation ?

Ans ⇒ Modulation is the process of variation of some characteristic of a high frequency wave (i.e., carrier wave) in accordance with the instantaneous value of an audio signal i.e., modulating signal. Amplititude, angular frequency or angular velocity and phase angle are the characteristics or parameters of a high frequency carrier wave. Any of these parameters can be changed in accordance with that of an information signal. The modulation is named according to the name according to the name of the parameter changed i.e., amplitude modulation, frequency modulation and phase modulation. 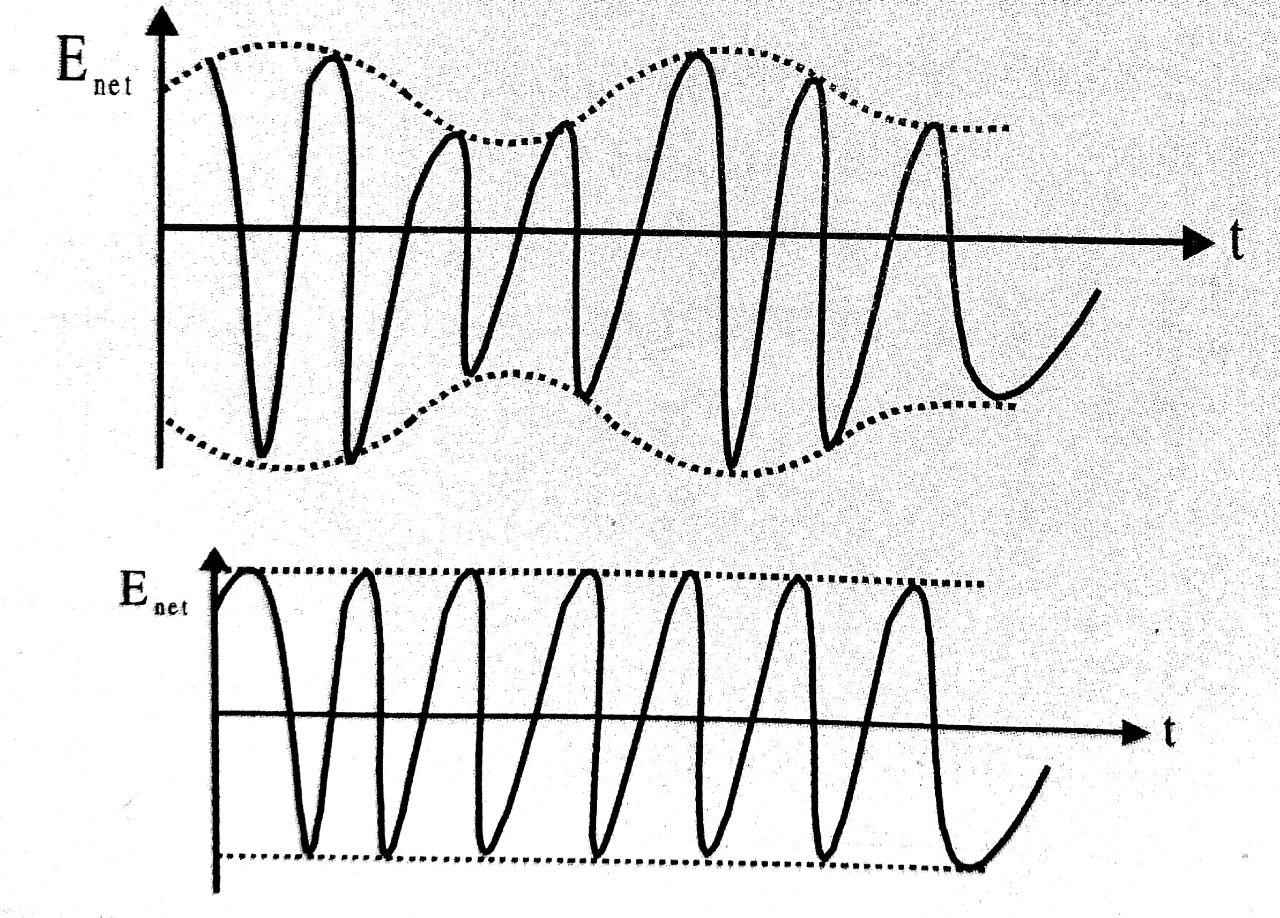