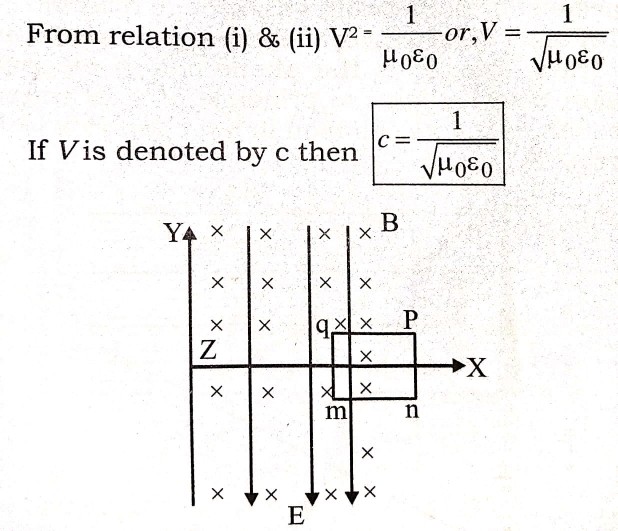 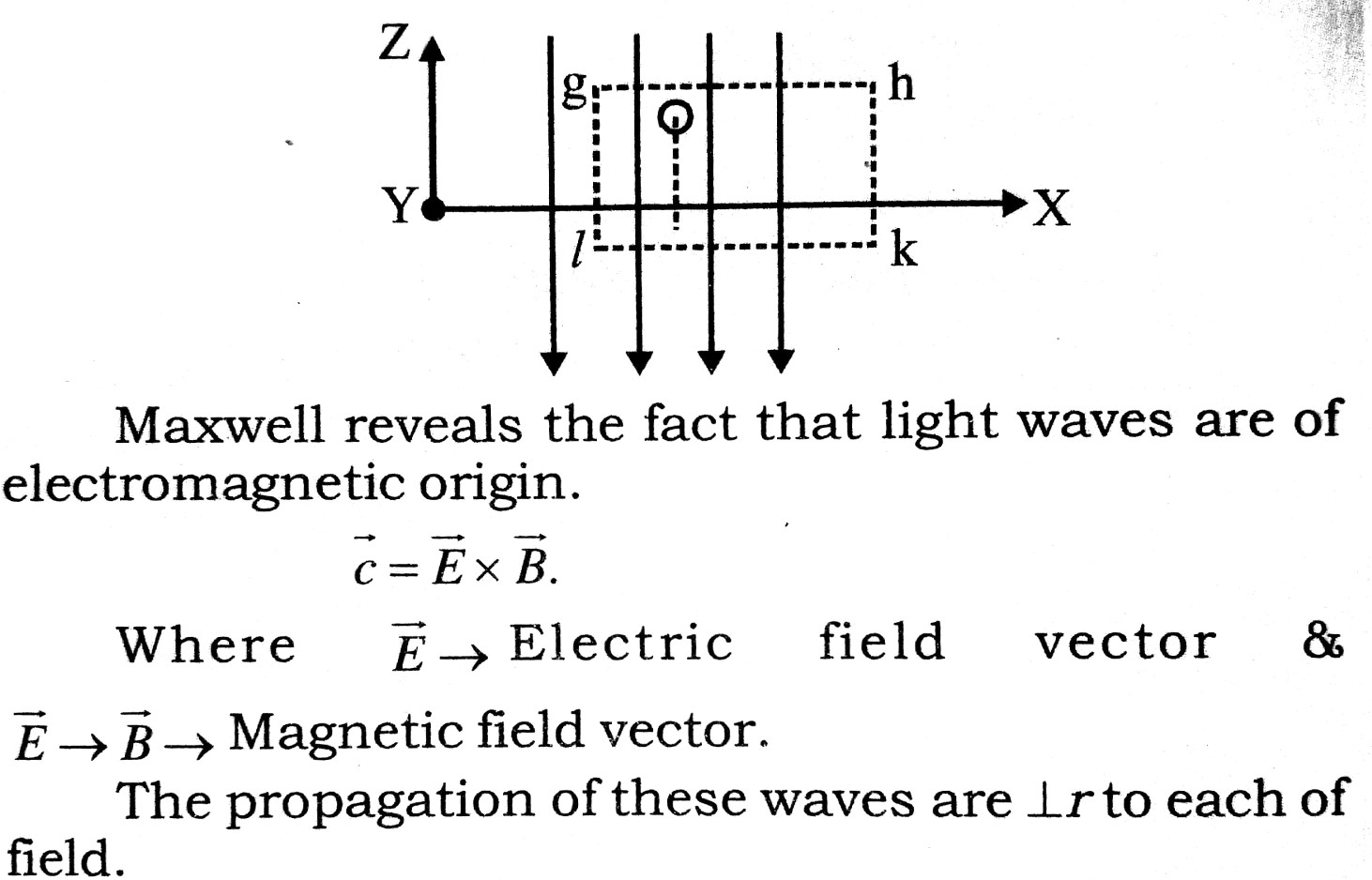 Q. 2. What do you mean by displacement current ? How would you express Maxwell-Ampere Law using it ?

Ans ⇒ According to Ampere’s law, the line lintegral of

is proportional to the algebraic sum of currents crossing the surface bounded by the integration path.
.

When this law is applied to a parallel capacitor plate being charged, the law gets a question mark. In figure, the law is valid for S1.
.

The linear integral is different. Maxwell removed the difficulty by defining displacement current. We have q = CV 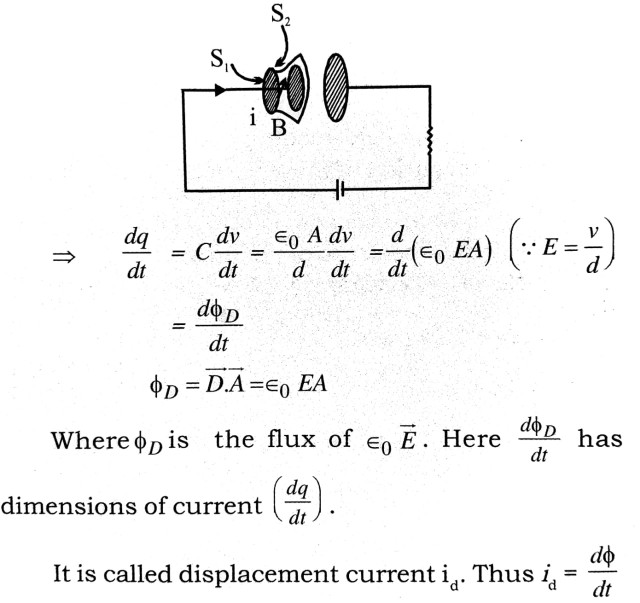 It is not due to flow of current but due to rate of flux change. It has no thermal effect but it shown magnetic effect.
Maxwell-Ampere Law : The line integral of magnetic field over a closed loop is proportional to the algebraic sum of conduction current (id). In SI