Q.1. Calculate electric potential and intensity a point P (r, θ) due to an electric dipole.

Ans ⇒ Electric potential and field intensity at Point due to electric dipole : Let us consider an electric dipole AB is a system to two charges -q and +q of equal magnitude, but of opposite sign and separated by a distance 21 from each other. Therefore, an electric dipole moment p = 2ql ‘p’ is a point of polar co-ordinates (r,θ) with respect to the axis as the reference line and the mid-point of the dipole 0. Drawn PK ⊥ BG & AK ⊥ OP and its raised portion OP =r, ∠POB = θ 20G = OK 1 cos θ 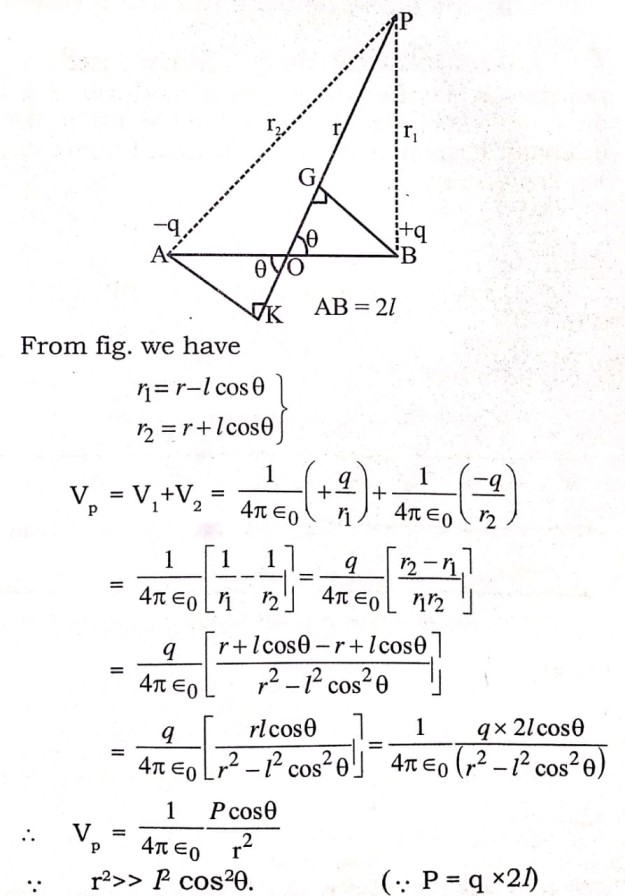 In broadside onoposition (0 = 90°)→ Vp = 0
Electric field intensity at point due to electric dipole:

Q.2. What do you understand by an electric dipole ?

Authough an electric dipole is neutral, its electric field is not Zero because its two charges are non coincident.

Ans ⇒ We consider an electric dipole whose each charge is of magnitude q & length of dipole is 2l.
AB = 2l.
Torque (τ) = F x q.2l sinθ = pE sinθ, Where = 2ql.
If dipole is rotated by an angle dθ them work done dW = τ.dθ
So work done in rotating dipole from θ1 to θ2 is 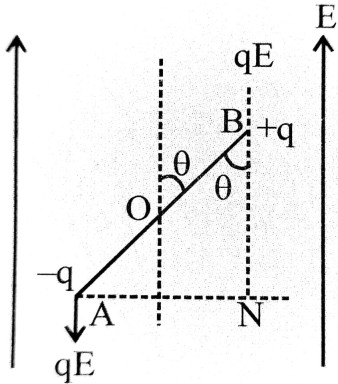 Q.4. Obtain on expression for the torque acting on an electric dipole suspended freely in a uniform electric field.

If the dipole, the deflected from the directioin of

)
acting on the charges are equal, opposite and parallel and constitute a couple. This couple tries to bring the dipole in the direction of

are vectors, so in vector rotation.

It is a vector quantity and its SI unit is (NC-1) or (Vm-1).
(a) Electric intensity due to an electric dipole in axial position : 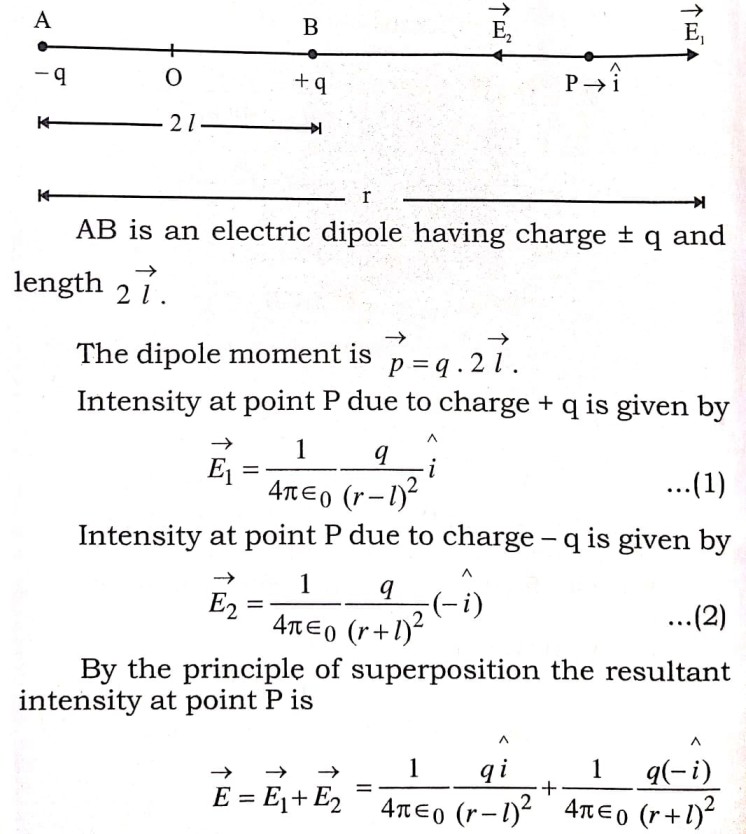 Q.6. Using Gauss’s theorem, show mathematically that for any point outside the shell, the field due to a uniformly charged thin spherical shell is the same as if the entire charge of the shell is concetrated at the centre. Why do you expect the electric field inside the shell the zero according to this theorem ?

Gauss’s law & Coulomb’s law are equivalent. They can be obtained from each other. 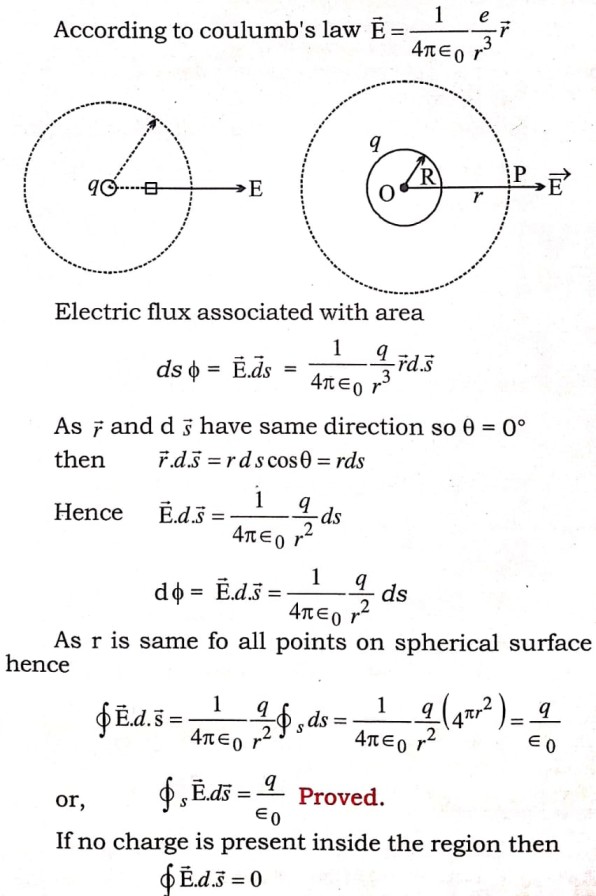 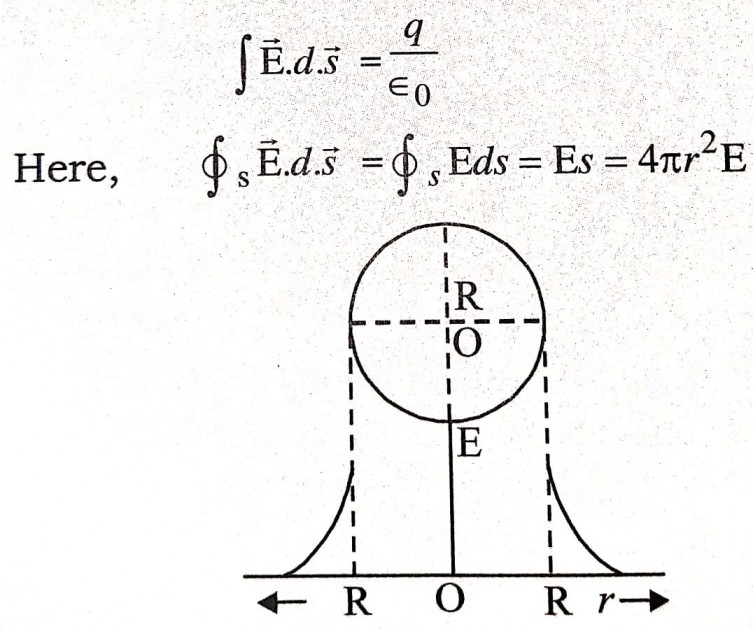 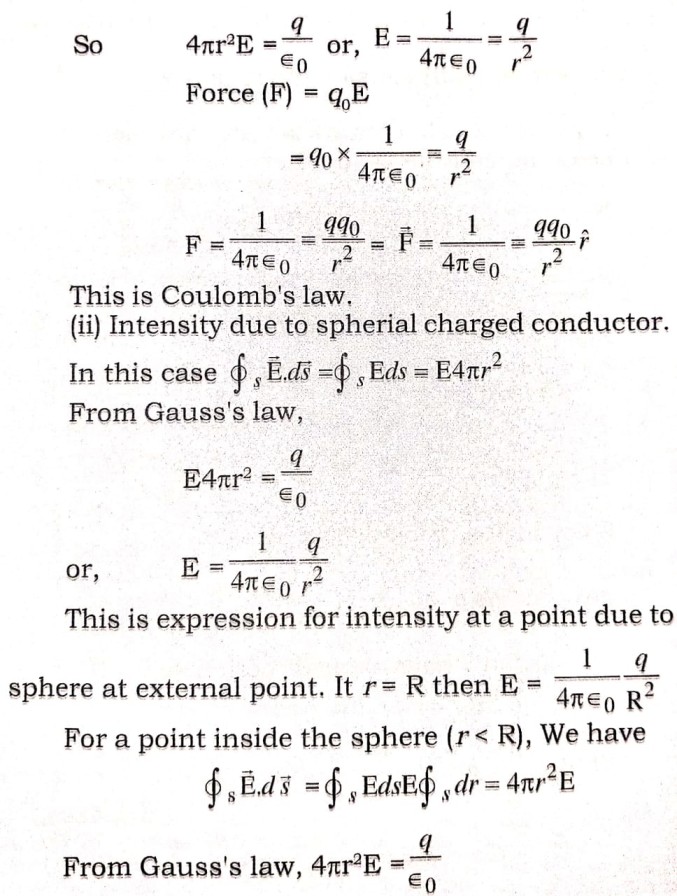 Here charge q is situated insided the sphere of radius r. The intensity inside a hollow spherlal charged conductor is zero.