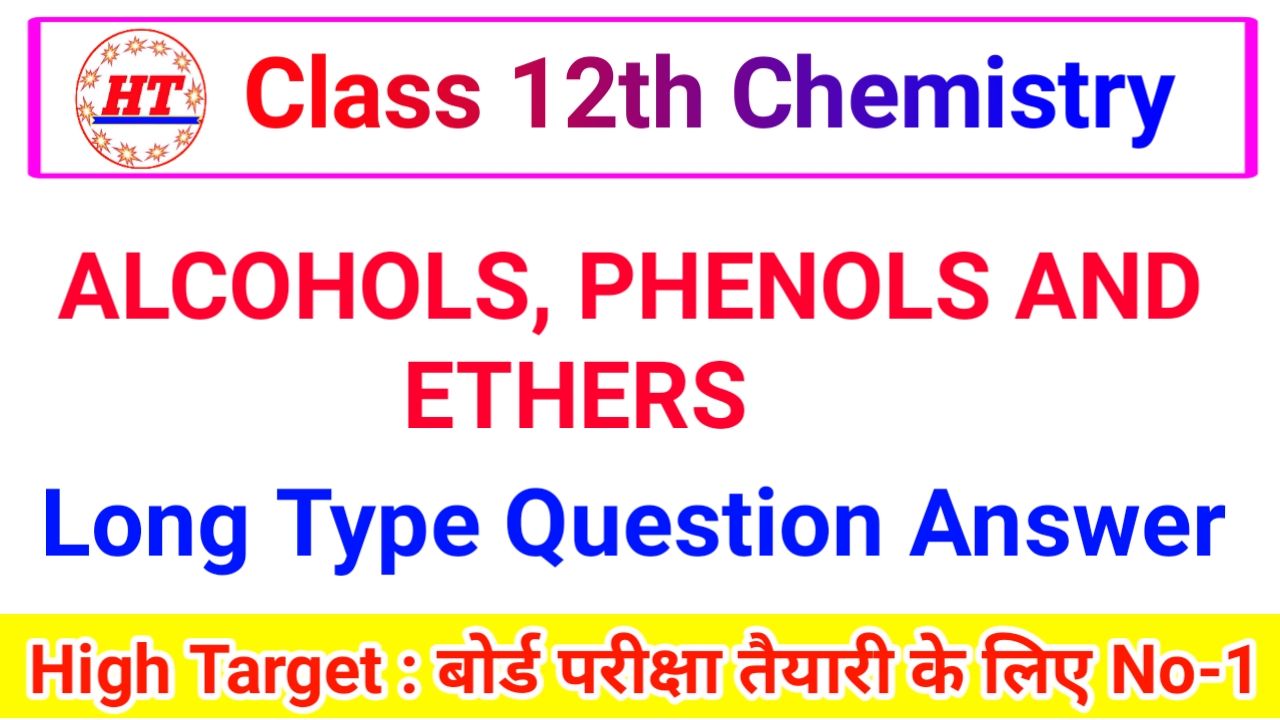 Ans⇒ (i) The boiling points of alcohols are higher than those of the corresponding alkanes, due to the intermolecular association of a large number of alcohol molecules through hydrogen bonding. Thus

Since a large amount of energy is needed to break the extensive hydrogen bonds, which hold a lage number of alcohol molecules together, so the boiling points of alcohols are significantly higher than the corresponding alkanes, in which no such hydrogen bonding can taken place.

Q. 2. How are the following conversions carried out ? 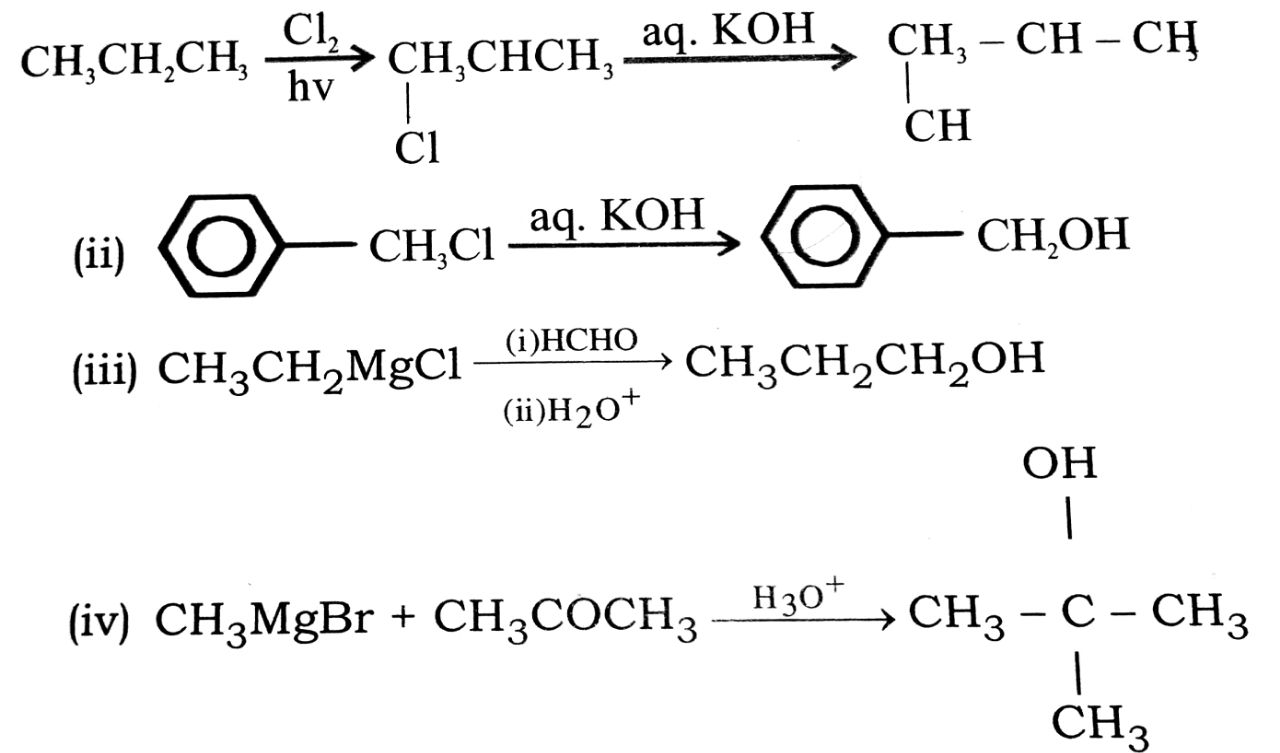 Q. 3. Given the structure and IUPAC name of the expected product of the follwoing reactions :

(i) Catalytical reduction of butanal.
(ii) Hydroboration of but-1-ene.
(iii) Hydration of propylene in presence of dil. sulphuric acid.
(iv) Reaction of propanone with ethyl magnesium bromide followed by hydrolysis of the product. 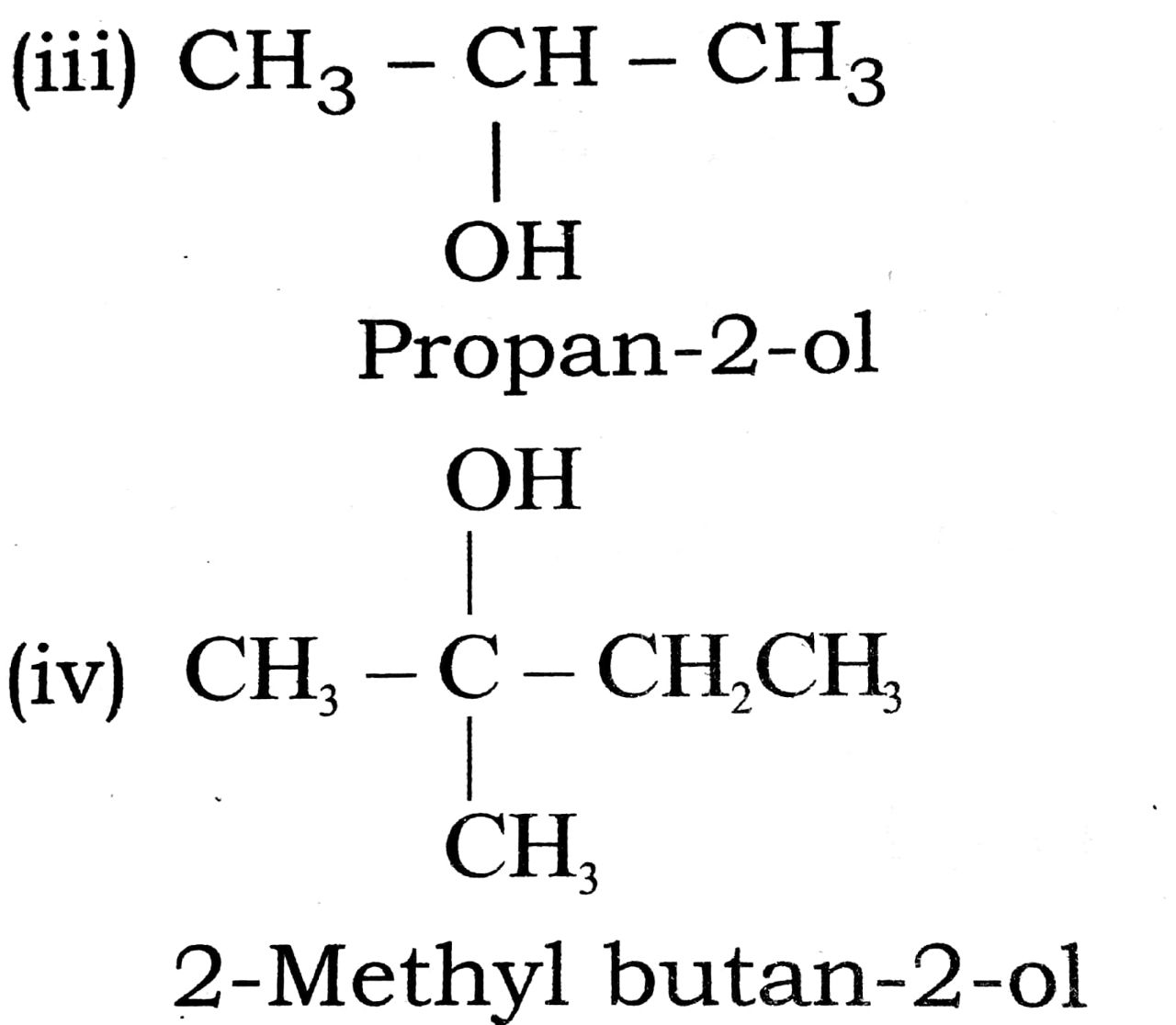 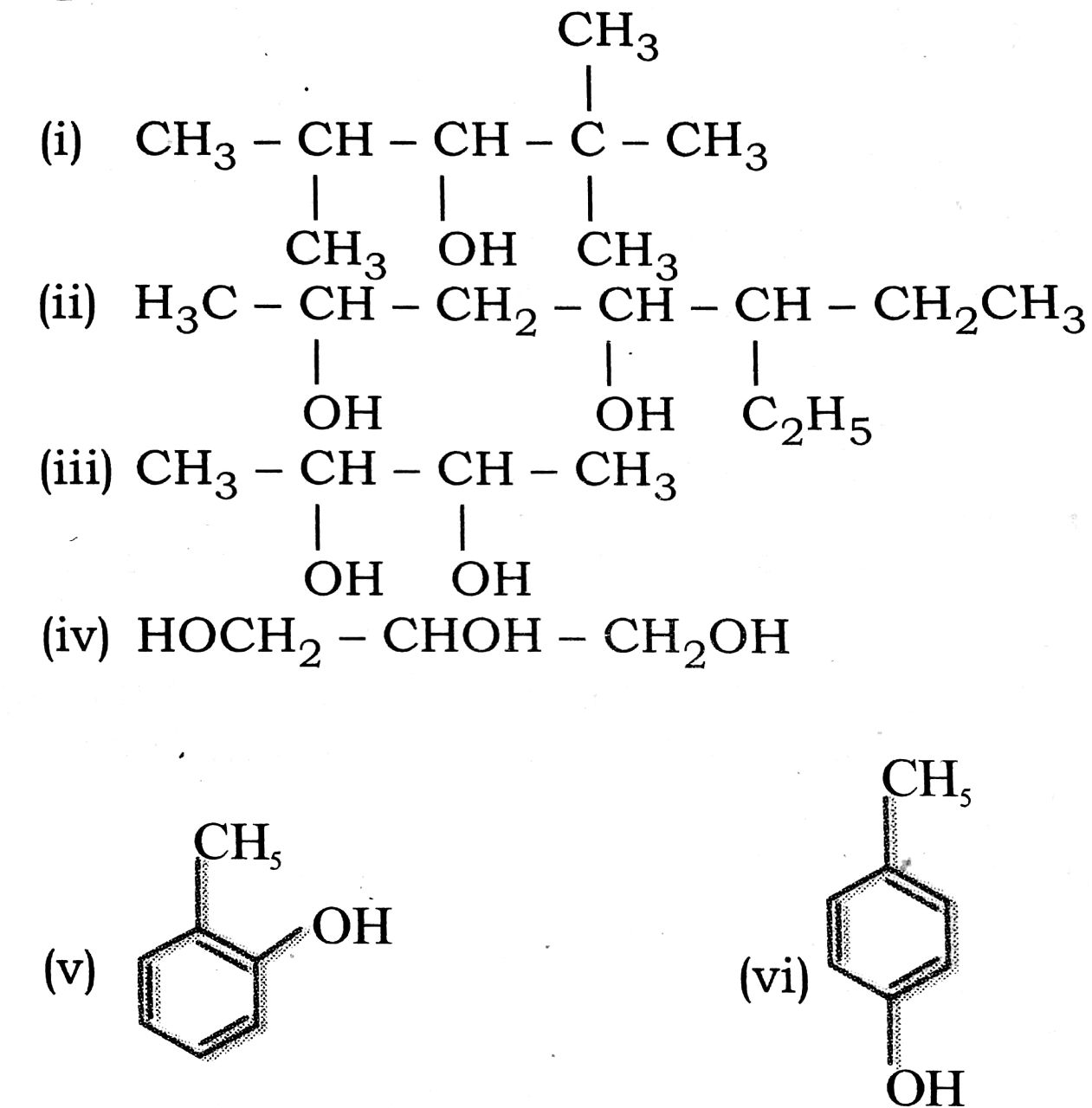 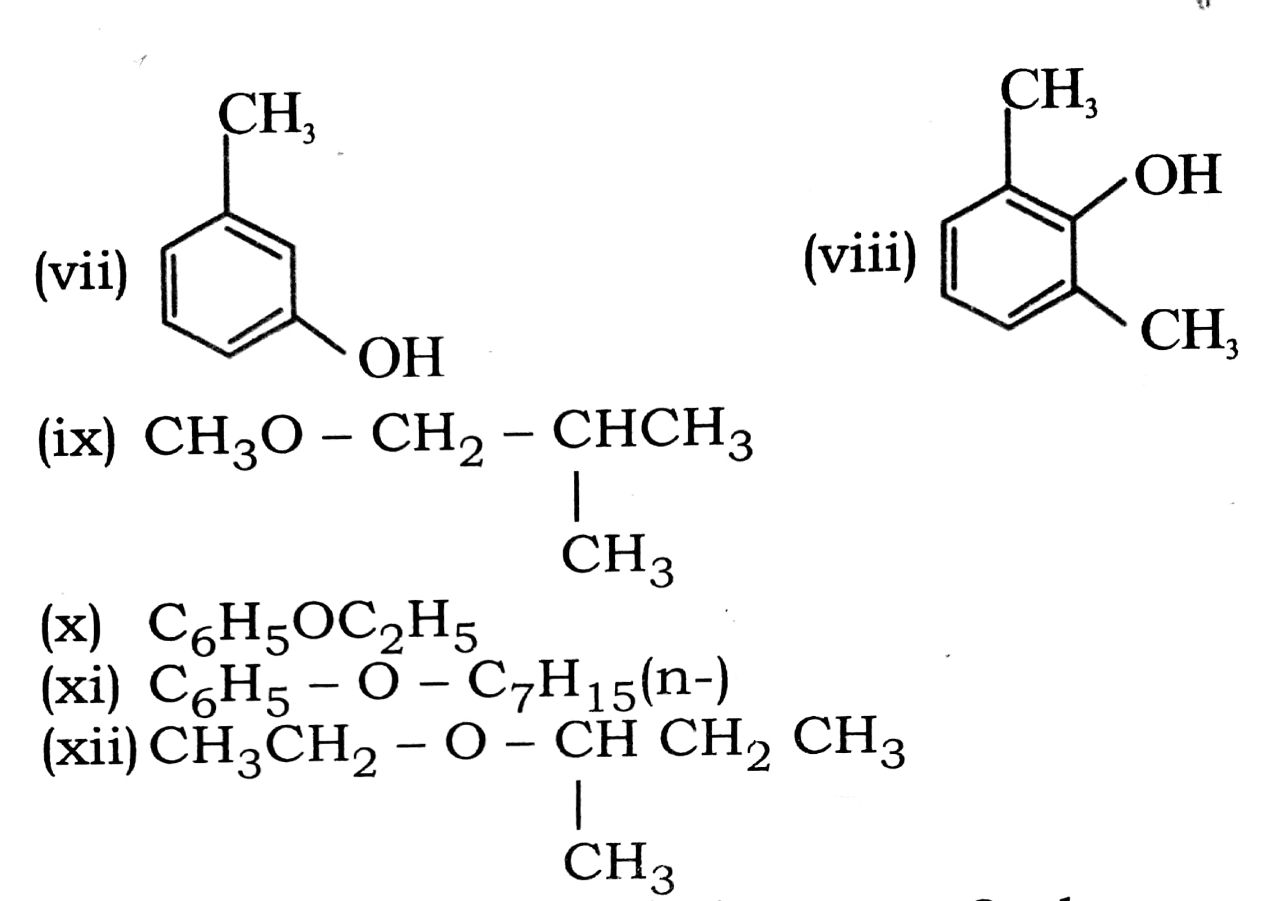 Q. 5. Write structures of the compounds whose IUPAC names are as follows : 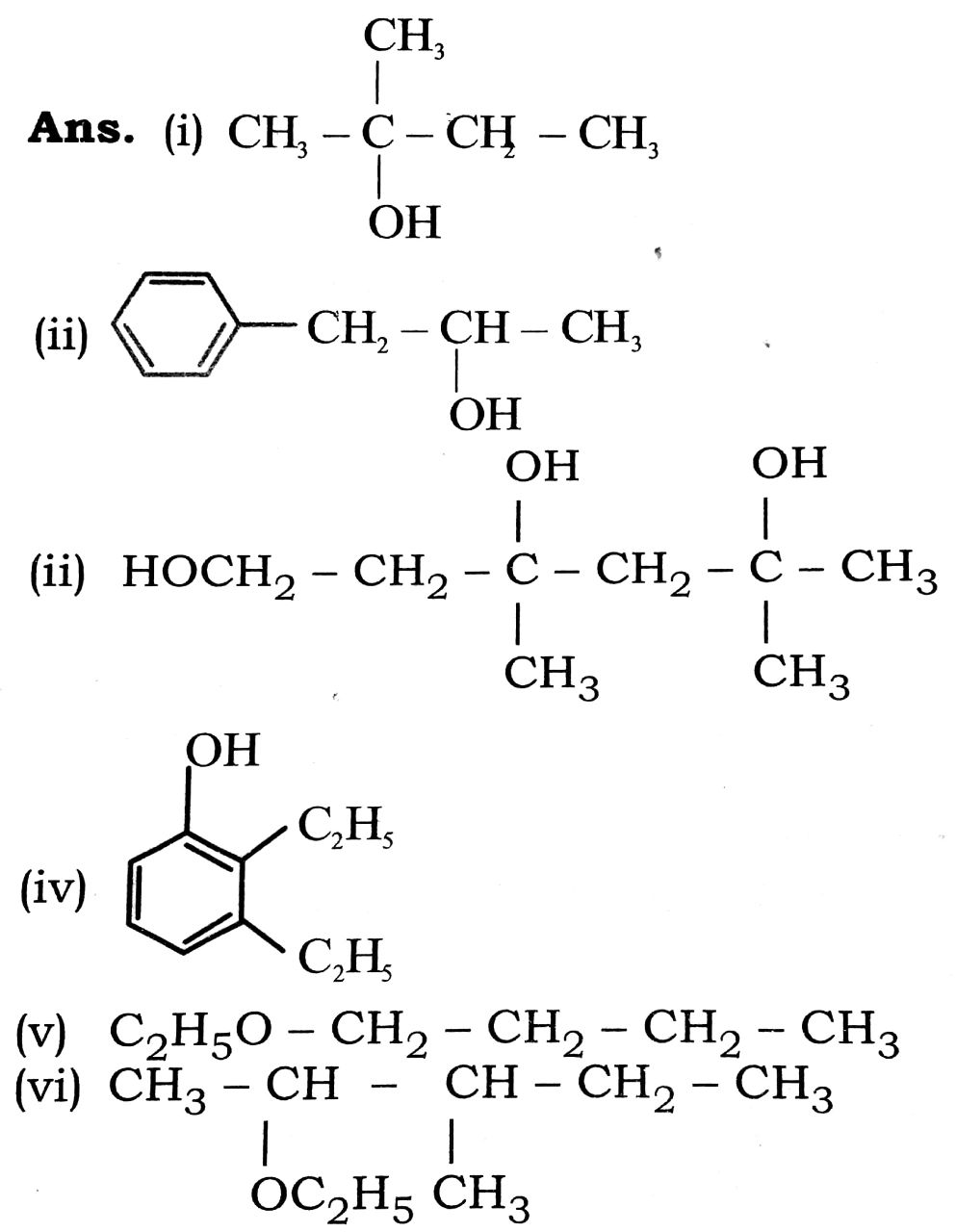 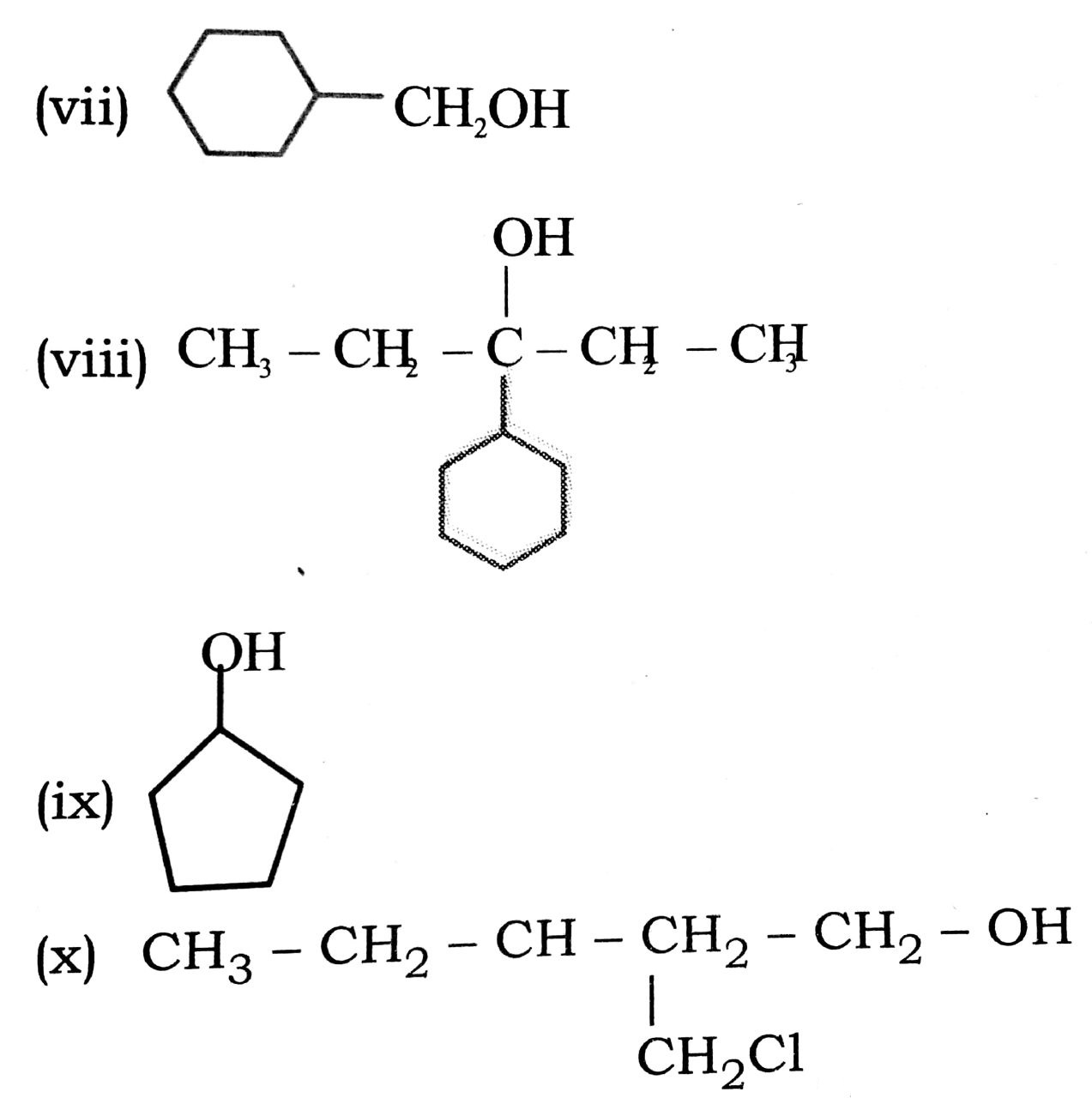 Q. 6. Draw the structure of all isomeric alcohols of molecular formula C3H120 and give their IUPAC names. 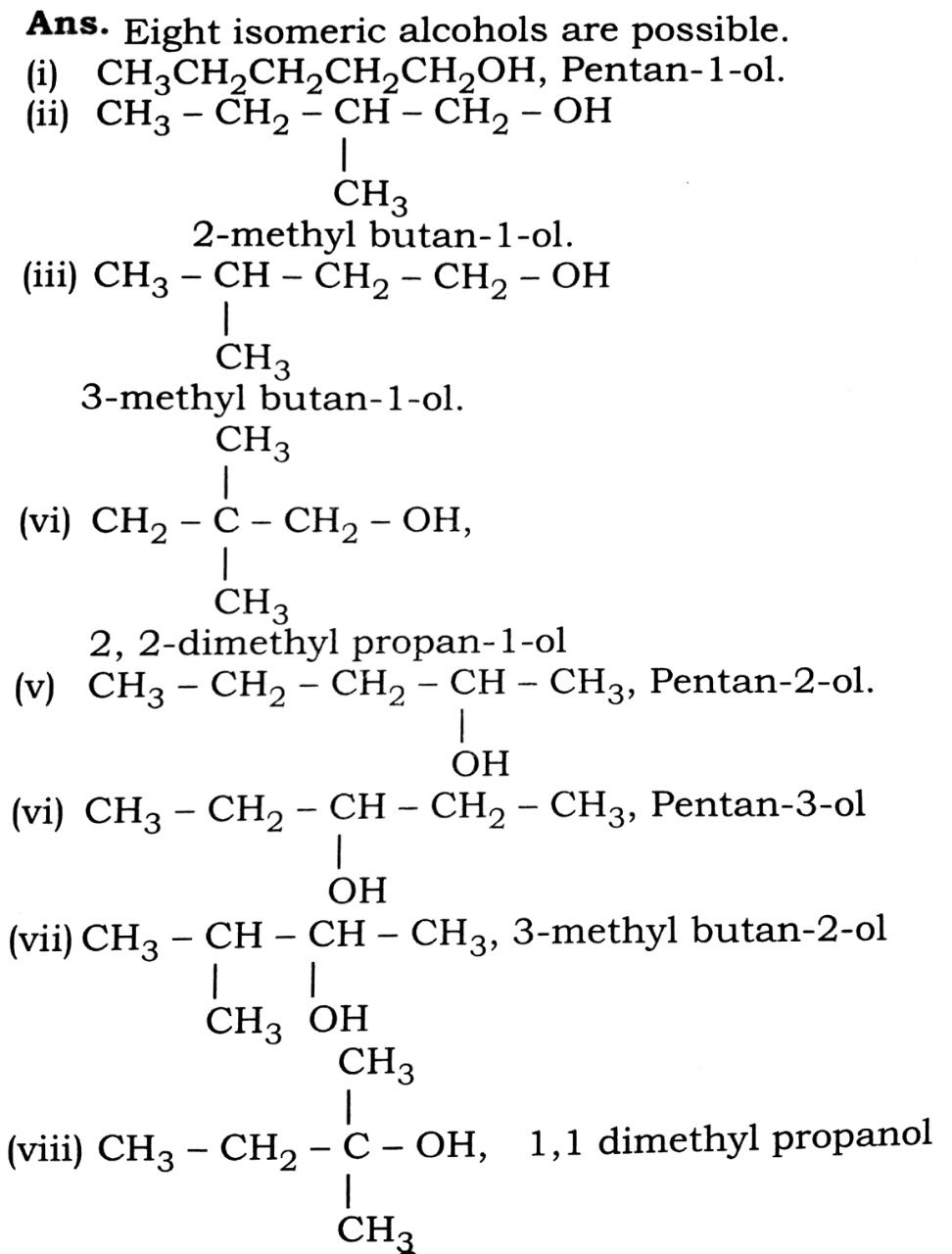 (ii) Reaction with alkalies : Phenol neutralises the caustic alkalies such as NaOH or KOH to form salt and water.

Phenol shows a considerable acidic character as compared to that of ethanol. It is because of structural difference in C6H5 and C2H5 parts of the two molecules.

(i)
Oxygen connected to sp3 hybridized C atom which is less electronegative and has electron repelling nature. This makes- O – H bond less polar and release of H becomes more difficult. Alkoxide ion formed is not stabilized by resonance.

Q. 8. Give TUPAC names of the following ethers :

Q. 9. How is chloroform obtained from acetone ?

Ans⇒ Acetone on warming with moist bleaching powder chloroform is obtained on distillation. The series of reactions are

Q. 10. Give two methods of preparation of ethers from alcohol with chemical equations.

Ans⇒ Following methods of preparation of ethers from alcohol :

(i) From the reaction between alcohol and conc. H2SO4