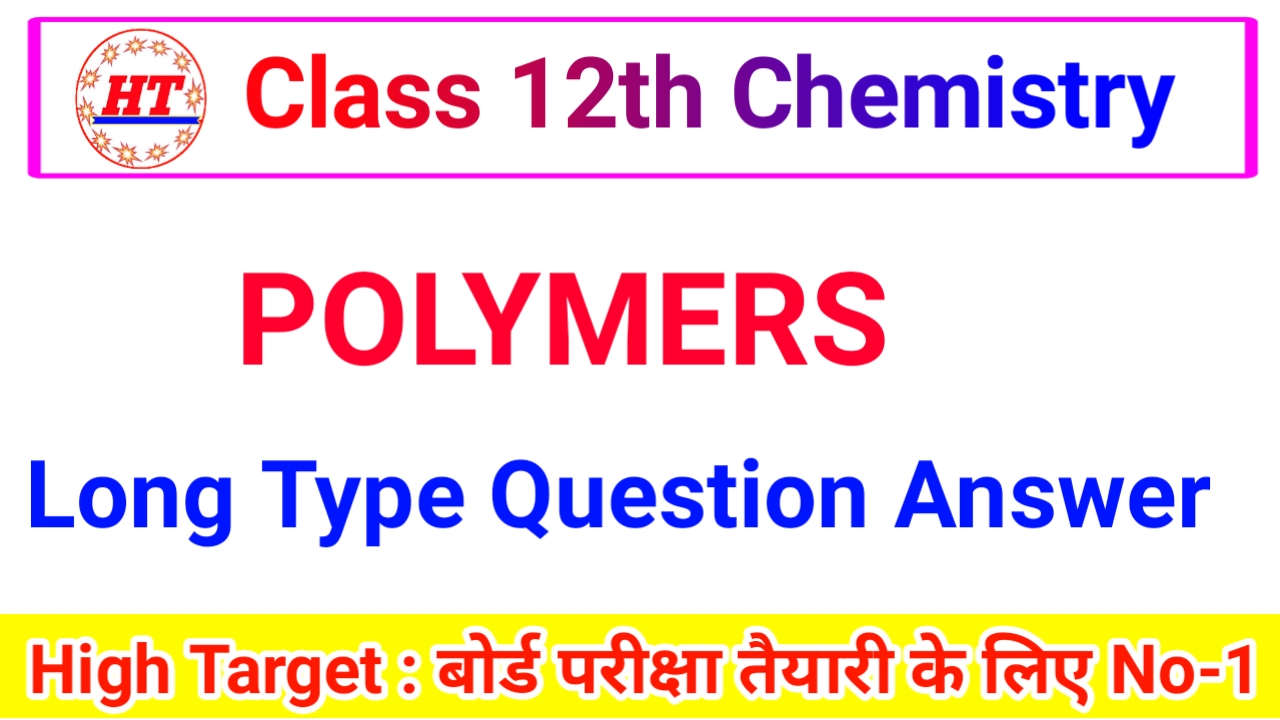 1. Write the equations for the synthesis of

Also give one important use of each polymer.
Ans⇒ (i) Polymethyl methacrylate :

It is used for lenses, transparent domes and sky Tights, dentures, aircraft windows and protective coatings.

It is used for making clothes, carpets and blankets.
(iii) Teflon (Polytertrafluoro ethylene) :

Teflon is used as heat resistant. It is used for coating articles and cookware to make them non-sticky. Teflon coated blades are resistant to corrosion.

It is used in manufacture of rain coats, hand bags, plastic dolls, curtain clothes and vinyl flooring. It is also used as a good insulating material in wires and other electrical goods.

(v) Decron: This is a polymer of ethylene glycol and phthalic acid. They are also called alkyl resins. 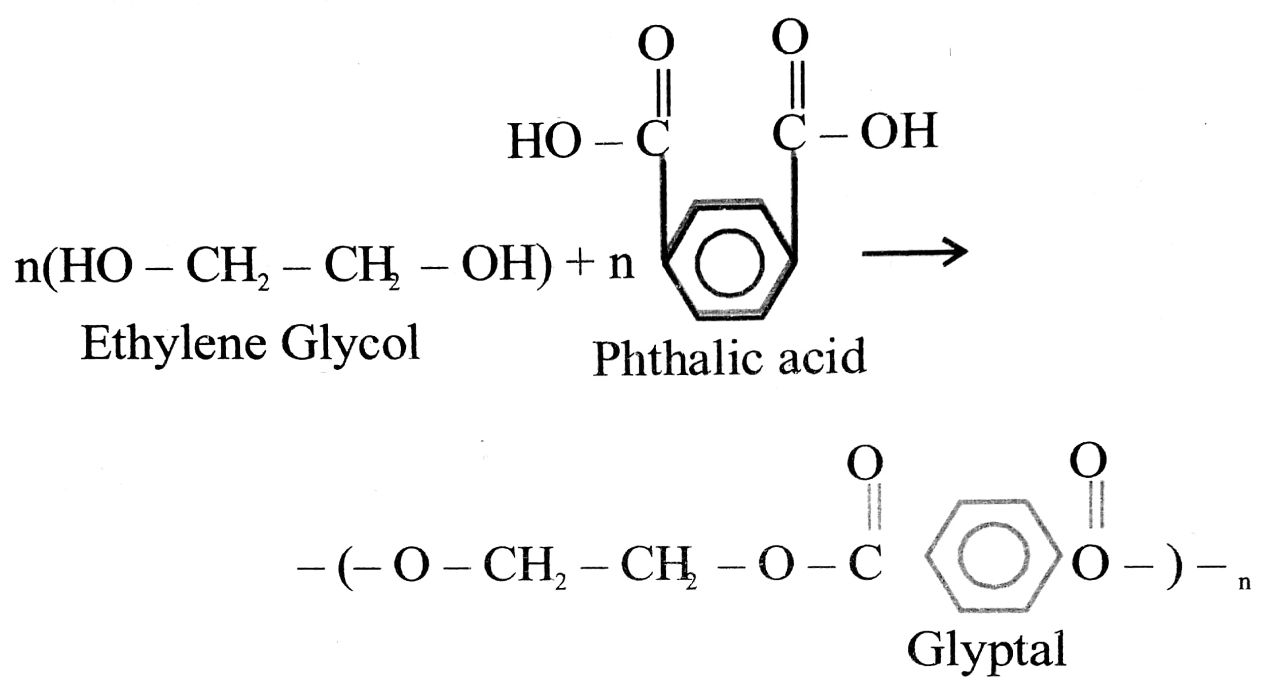 Q. 2. Write the names and structures of the monomers of the following polymers :

Ans⇒ The names and structures of monomers are :

Q. 3. Define a polymer. Write the monomer used for the preparation of dacron. Mention a use of it.

Ans⇒ A polymer is a large but single chain-like molecule in which the repeating units derived from small molecules, called monomers, are covalently linked. The process by which monomers are transformed into a polymer is called polymerization.

It gives a strong fibre hence used to blend cotton in clothing.

Q. 4. Give the prepration and one use of Neoprene.

Uses : It is resistant to petrol and other organic solvents. As such it is used for making automobile parts for use in engine.

Q. 5. How will you prepare (a) Nylon 6, (b) Melamine formaldehyde resin. To what uses each one of them is put ?

Ans⇒ Nylon 6 : It has the monomer caprolactum which is obtained from cyclohexane. 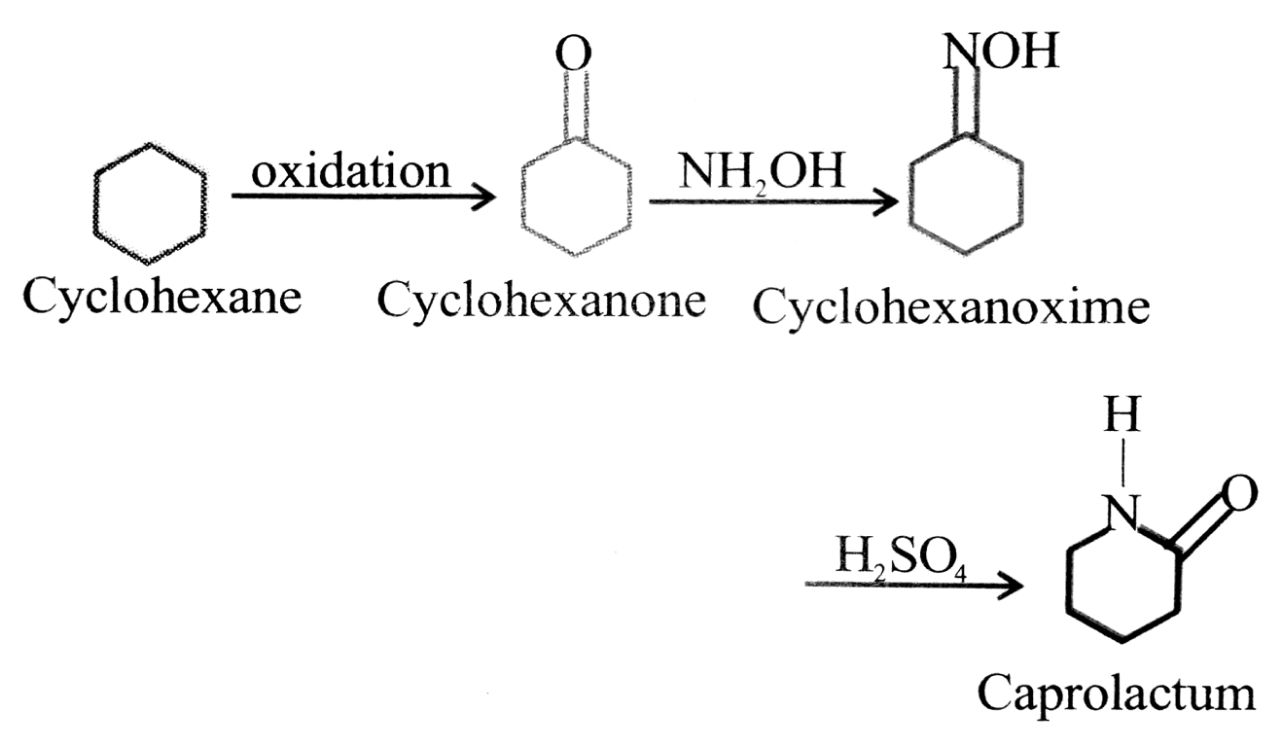 Caprolactum on heating with traces of water gives a-amino caproiacid which is a monocarboxylic amino acid containing six carbon atoms.

This polymerises to give Nylon 6.

Nylon-6 It is used in the manufacture of tyre cords, fabrics and ropes.

(ii) Melamine formaldehyde resin: It is a polymer formed by the condensation of melamine which is a heterocyclic tri-amine with formaldehyde. The polymerisation occurs as follows: 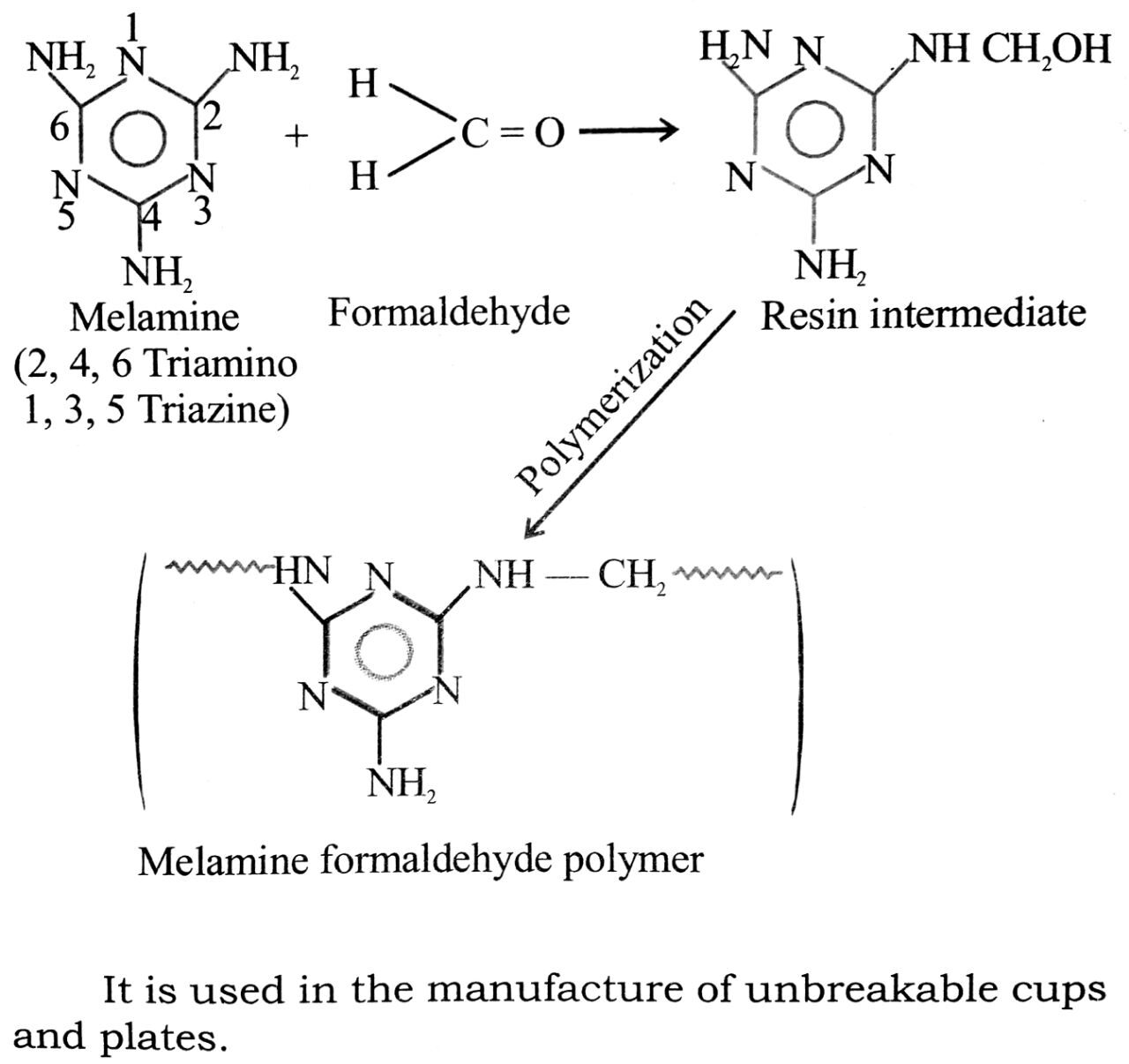 It is used in the manufacture of unbreakable cups and plates.