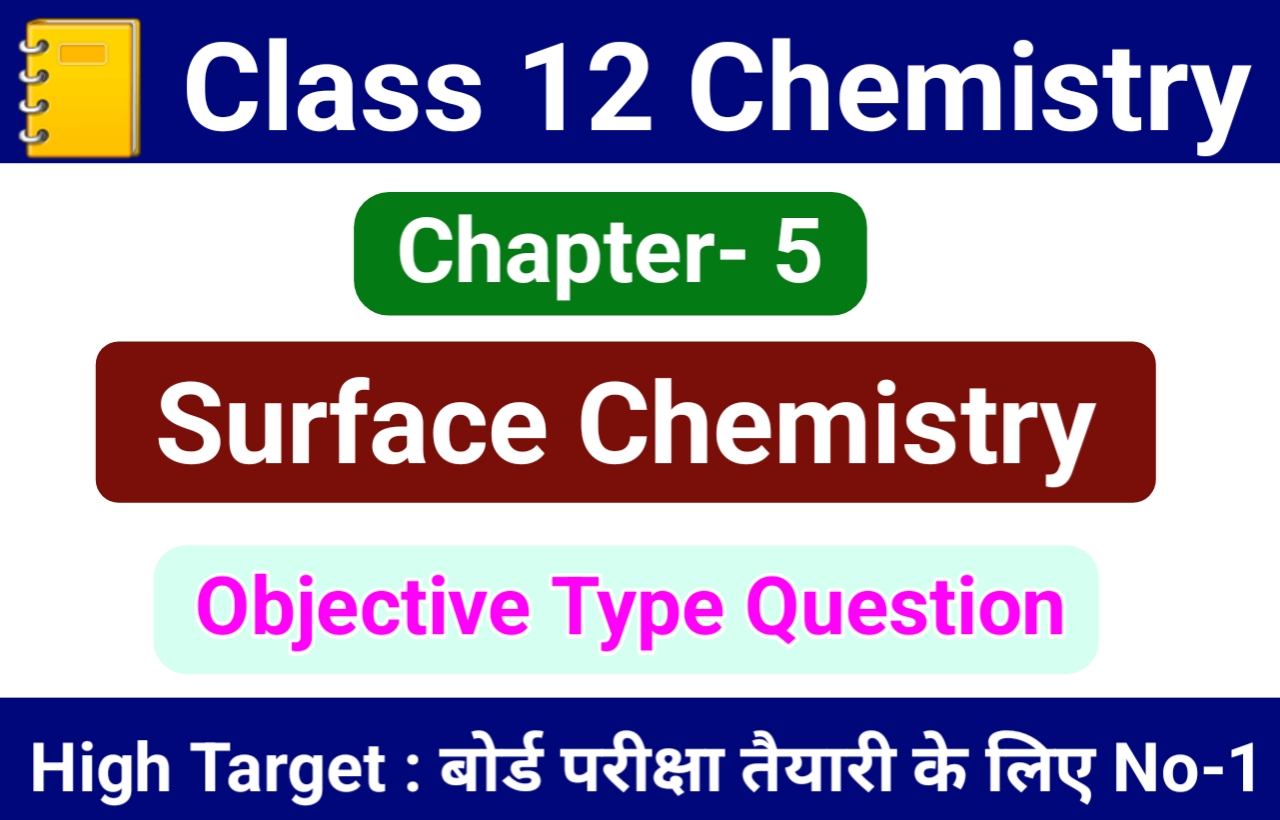 1. Volume of one mole of any gas at NTP is

3. Which one of the following is a lyophilic colloid ?

4. Presence of traces of arsenious oxide (As2O3) in the reacting gases SO2 and O2 in presence of plantinised asbestos in contact process acts as

5. Shape selective catalysis is a reaction catalysed by

6. The oxide of nitrogen which acts as a catalyst in lead chamber process is

7. The activity of an enzyme becomes ineffective

8. Which of the following gases present in a polluted area will be adsorbed most easily on the charcoal gas mask ?

9. Which kind of catalysis can be explained on the basis of adsorption theory ?

10. Which of the following will not form a colloidal system ?

11. Fog in an example of colloidal system of

12. The formation of micelles takes place only above

13. The size of colloidal particles ranges between

14. Which of the following is not a method for coagulation of lyophobic sols ?

15. Why is alum added to water containing suspended impurities ?

16. Some medicines are more effective in the colloidal form because of

17. A lyophobic colloid cannot be formed by

18. The term ‘sorption’ stands for

19. At high concentration of soap in water, soap behaves as

20. Which of the following electrolysis will have maximum coagulating value of AgI/Ag+ sol ?

21. A colloidal system having a solid substance as a dispersed phase and a liquid as a dispersion medium is classified as

22. A catalyst is a substance which

23. Which of the following is an example of solid- solid system ?